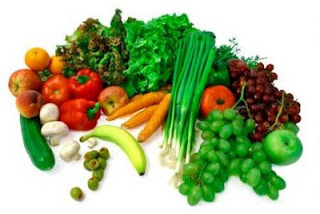 Glycemic index is a pointer associated with the type of carbohydrate . It ranks them with respect to the influence they have - after eaten - in the rise in our blood sugar or more accurately in its fluctuations .


The glycemic index refers, as we said in carbohydrates and has little interest in fats and proteins.


The glycemic index was originally used to help diabetics on dietary choices, but quickly it became obvious that it could also help those involved in fitness.


Another relevant and more useful indicator is the glycemic load. The glycemic load apart from the type of carbohydrate, it takes account of its quantity too.

Due to this reason, the use of the classification of carbohydrates, as to their effect on the rise of blood sugar, is more practical, reliable and realistic .


The glycemic index is neither a miracle nor a panacea !


Nevertheless , a general knowledge of the relevant theory will help us to reach such dietary choices that will ensure stability in the level of our sugar, ie without significant ups and downs.


In addition, it helps us to avoid unpleasant situations such as drowsiness , fatigue in mind blur e.t.c.


Exercisers and glycemic index
The relevant theory is mainly used for proper selection of meals before and after workouts.


The pre- sport meal should be based on low glycemic index carbohydrates . So there will be a better control of blood sugar during exercise. Also the case of hypoglycaemia will be avoided, as it can have devastating impact on program performance .


However, after exercising the emphasis should be given to high-glycemic carbohydrates which will raise blood sugar levels and therefore insulin secretion, to aid rapid synthesis and replenishment of glycogen consumed.

Use the related theory, but with some caution.

Of particular importance are :


- The frequency of meals


- The ratio of macronutrients .


Eat as much as possible raw foods and especially those containing large amounts of fiber.

Wish you always be healthy and have good workouts :)

Popular posts from this blog

By Unknown November 17, 2013
Hi, I'm Ronnie Coleman, 8-time Mr. Olympia and my tip for you today is how to gain weight. First of all it's not how you think it is, it's a little bit more scientific than that, because there are two types of weight: 1) the good weight 2) the bad weight. My way is going to be the good weight . When I am in out season and I get ready to go to my pre contest, what I am trying to do is put on as much weight as possible and try to calm down from then. But I don't want to put on a lot of bad weight because it just extends how long I'm gonna have to dare to get all that weight low. So I'm trying to put on as much good weight as possible . I do basically this way, so I keep my protein real high and i try to get about 600 grams from me, I still got the same form. For every pound body weight I just do 2 grant of protein , plain and simple. Here is the trick for what you have to do in order to gain weight. Instead of me taking 200-250 carbs a day, i ca
Read more